PC Game and DiscoveryTour With a Tablet

Where: Ethnological Museum Berlin, Part of the project „Travelogue“ in the event series Probebühne 4“ of the Humboldt Lab Dahlem

Totem's Sound: PC Game and Discovery Tour With a Tablet

Masks, canoes, totem poles – how do these objects end up in a museum? The project „Totem's Sound“ by the Austrian artist group gold extra portrays the meeting of different cultures and the formation of parts of the collections of the Ethnological Museum in Berlin. (Starting September, 23rd 2014)

Towards the end of the 19th century Captain Adrian Jacobsen embarked on a journey to the American North West coast and Alaska, commissioned by the Ethnological Museum in order to purchase objects for the collection. The project "Travelogue" conceived by Humboldt Lab Dahlem in cooperation with the Ethnological Museum Berlin reflects this journey with art works by the puppet theatre Das Helmi and the artist group gold extra.

„Totem's Sound“ by gold extra consists of a computer game and a tour with a tablet through Jacobsen's collection. The visitors experience a day's work with Capt. Jacobsen, visiting a Haida village in Canada, in the computer adventure game. The tablet let's the objects in the exhibition speak for themselves and focuses on their stories. The works of gold extra have been presented at the ZKM Karlsruhe or the Games For Change New York among others. They are concerned with new forms of narration linking documentary contents with artistic production. Totem's Sound focuses on the origins of the collection, the role of Jacobsen, and sheds a light on our own attitude towards both foreign and strange cultural situations.

Totem’s Sound was created for the Humboldt Lab Dahlem, a project of the Kulturstiftung des Bundes in cooperation with the Stiftung Preußischer Kulturbesitz Berlin. For the Probebühne 4 Totem’s Sound can be seen as part of the “Travelogue” project which is on show between 23.09.2014–08.02.2015 in the Dahlem museums.

For more information, we'd kindly ask you to refer to the Press Release

Playlist of the Tablet-Tour Videos: 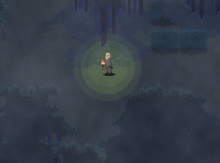 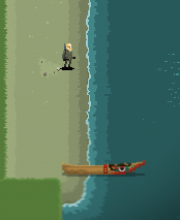